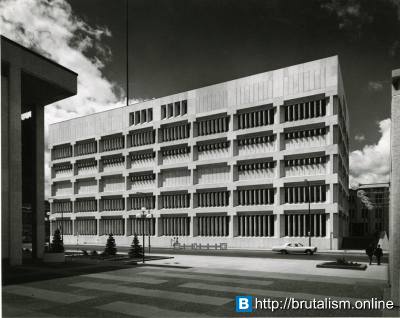 The Public Safety Building is a building in the Exchange District of Winnipeg, Manitoba, Canada, that is used as the Winnipeg Police headquarters.

Built in 1965, the structure was designed by Libling Michener & Associates and is clad in Tyndall limestone. On December 21, 1964 Winnipeg City Council awarded a contract for the construction of the new Public Safety Building and Civic Parkade at a cost of $4.8 million. Both the Public Safety Building and Civic Parkade are connected to the City Hall by an underground walkway.

The land that the building resides on is approximately one half hectare. The plot of land was originally part of a 100 acres (40 ha) river lot granted to Alexander Ross, a Scottish-born fur trader and an early settler of the Red River Colony. Winnipeg was officially incorporated in 1875, and on June 7, 1875, the third generation of the Ross family signed over a portion of the remaining land to the municipality at the below-market rate of $600, with a stipulation that the land be always be kept for civic purposes, otherwise it would revert to the family. Sale of the property would need to be vetted by one of the Ross descendants, of which there are an estimated 19 still alive. The plot now has the Council Building at city hall, the Public Safety Building and a portion of the Civic Centre parkade on it.

The limestone cladding on the building has degraded over the years, due to moisture seeping in between the cladding and Winnipeg's freeze-thaw cycles separating the limestone sections from their braces. In many places steel brackets have been added to keep the stone sections in place. Some of the limestone cladding has fallen off of the building's façade and there is continued risk of stone falling off. Because of this, the city enclosed the sidewalk below with a $100,000 sheltered walkway in 2006.

The Police headquarters moved into the Public Safety Building shortly after its construction in 1966, out from the former Rupert Station. In 2009, the city of Winnipeg purchased the former Canada Post mail-processing facility in downtown Winnipeg, and as of 2013 there are plans to move the city's police headquarters to the renovated facility. As of the end of 2013, the new facility's renovations have cost $210 million and are on-going. 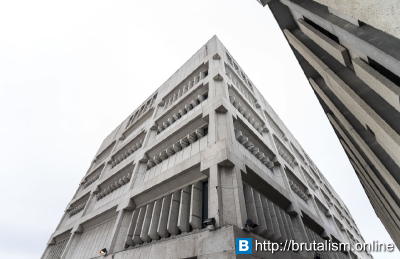 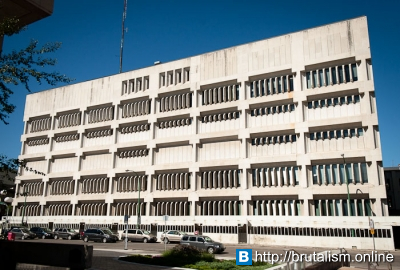 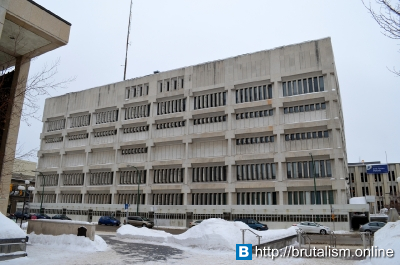