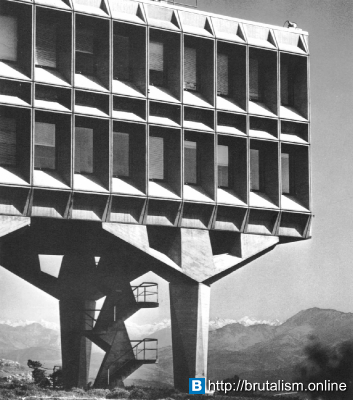 Choosing the French Riviera for its natural beauty, IBM set about constructing a major research centre in the area in the early 1960s, appointing Bauhaus student and teacher Marcel Breuer as architect. Completed in 1962, the building has a distinctive double Y-shaped plan set across a sloping site, mediated by raising the two levels on to “pilotis” or stilts.

Constructed using an in-situ concrete system with columns along the exterior, these are hidden by precast concrete units along the facade. This allowed for a column-free internal space, creating total flexibility and so that light can penetrate throughout the building. The concrete exterior was left rough so that the colour could blend with the surrounding landscape.

The building was later extended in 1968-70 and it now has heritage protection. IBM has maintained a presence within the building continuously, however with their lease set to expire in 2015, it is believed that they will vacate the building by then. 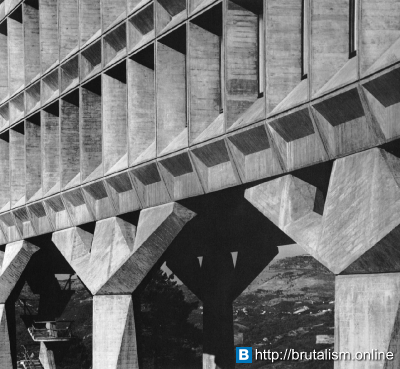 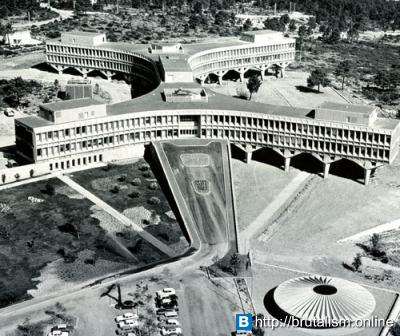 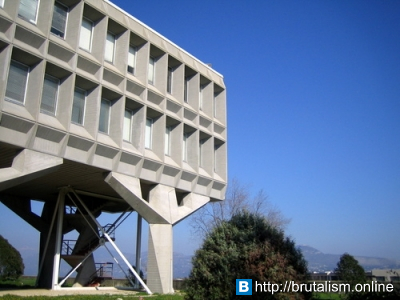 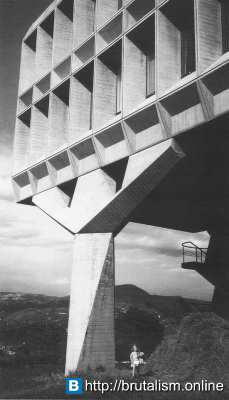