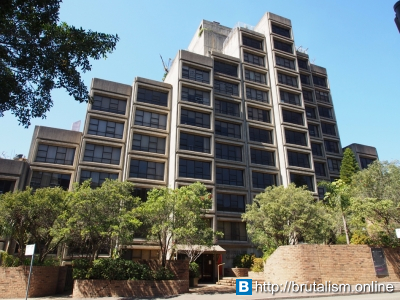 The Sirius Building is another example of Brutalism under threat - locals are trying to rescue the building and have it heritage listed: Facebook: Save Millers Point Twitter: @Savemillerspoint Website: Millers Point Community

The Sirius building is an apartment complex in The Rocks district of Sydney. The residential development was designed between 1978 and 1979 by architect Tao Gofers. The building is a prominent example of brutalist architecture in Australia, and its striking repetitive geometries a reaction to the Japanese metabolist architecture movement. The complex was built to rehouse public tenants who had been displaced after a controversial redevelopment of the historic Rocks suburb during the 1960s and 70s.

It is notable for being the only high rise development in The Rocks. Sirius houses 79 apartments with generally one, two, three or four bedrooms with single story apartments to two and three storey walk ups. The original plan was to finish the building in a white colour to match the Sydney Opera House located close by. However, due to budget constraints, the building was finished in the standard Brutalist grey.

The Sirius building houses many of the original Rocks residents who fought for their right to remain in The Rocks in the famous Green bans. The purpose of the Green Bans was to retain the working class community in The Rocks, not retain heritage buildings. Ironically many of the buildings remain, but the majority of the residents were moved into the Sirius apartments in the so-called 'people's plan'. The terraces and town houses they used to call home are owned by the Sydney Harbour Foreshore Authority, and are occupied by various tenants who pay rent to SHFA.

Unit 74 of the Sirius building has become somewhat of an unofficial Sydney landmark; a sign displaying ‘One Way! Jesus’ clearly visible to Harbour Bridge commuters. The sign has been in place for around 10 years as of May 2014, however the owner of the sign and his motivations to spread a Christian message remained generally unknown until then. Owen was 'relocated' by Housing NSW and his three-word ministry disappeared late last year (see http://millerspointcommunity.com.au/farewell-owen/ for more). Briefly Owen's sign was replaced by lights flashing S.O.S. to the Harbour Bridge traffic, but this was soon 'confiscated' by Housing NSW. Another set of S.O.S. lights flash over The Rocks and Circular Quay from the top floor of Sirius since they were first installed to coincide with the exhibition S.O.S. (Save Our Sirius) on 2nd November 2014.

A history of Sirius and the current fight to save it is available at http://millerspointcommunity.com.au/the-place/sirius/.  The Save Our Sirius Foundation has been formed by people and organisations campaigning to save Sirius and its residents and is supported by the National Trust, the Australian Institute of Architects, the Millers Point Residents Action Group, Friends of Millers Point, Millers Point Public Housing Tenants Group, Unions NSW, CFMEU, and Jack Mundey, legendary Green Ban campaigner who helped save The Rocks from redevelopment in the 1970s and was instrumental in the building of Sirius. The Foundation has middle-ground solutions for saving Sirius while achieving the government’s aims. Heading the Foundation is Shaun Carter, NSW President of the Australian Institute of Architects. 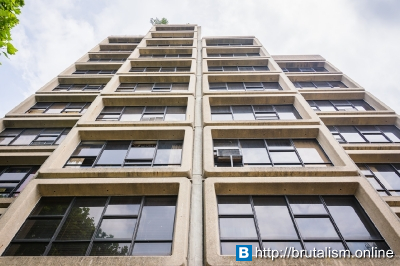 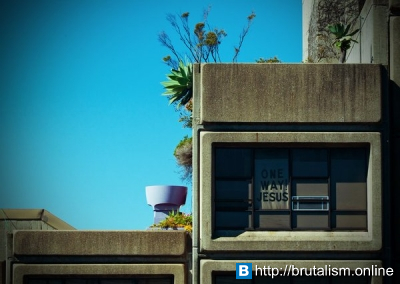 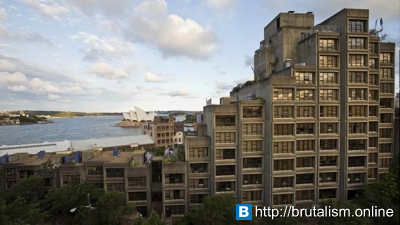 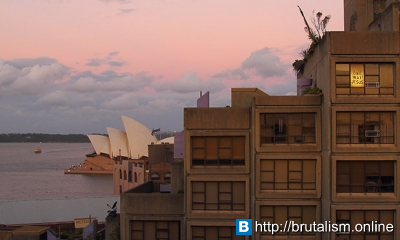 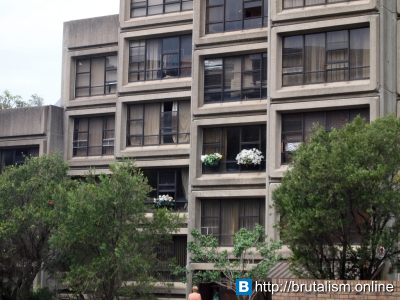 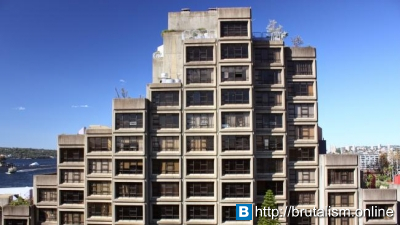 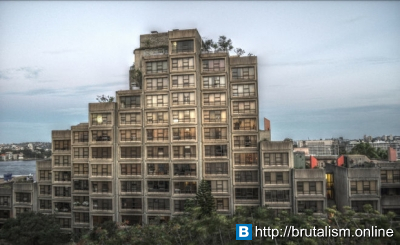