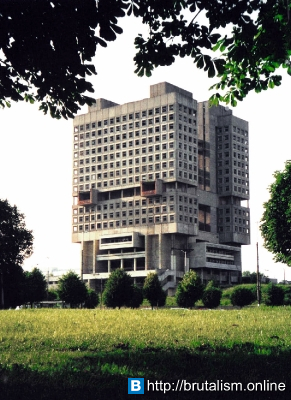 The House of Soviets is a building located in the city of Kaliningrad (Königsberg prior to 1946) in the Kaliningrad Oblast, an exclave of Russia. The local people often refer to it as "buried robot" because its appearance resembles the head of a giant robot which is buried in the ground up to the shoulders. The chief architect was Yulian L. Shvartsbreim. It was built on the original territory of Königsberg Castle.

The building is located in the central square of Kaliningrad, at the intersection of Shevchenko and Lenin Avenue. Although is widely claimed that the House of Soviets was built directly on top of the Königsberg castle, the actual building stands to the east, on a former castle moat.

Königsberg Castle was severely damaged during the bombing of Königsberg in World War II. The city came under the control of the USSR after the war and the Soviet authorities opted not to preserve the castle remains, claiming it was a centre of fascism. Whatever remained of the castle was blown up and cleared away between 1967 and 1969.

The vision for the redevelopment was heavily influenced by works of Lúcio Costa and Oscar Niemeyer, specifically the development of the Brazilian city Brasília. There were two architectural competitions for the redevelopment of the area, in 1964 and 1974, which included design firms from Moscow, Leningrad, Lithuania, Latvia and Estonia. The design chosen was by the Kiev-born architect Yulian L. Shvartsbreim who was a laureate of the USSR state prize and well respected within Soviet Russia, and his studio TsNIIEP.

Construction started in 1970 on what was intended to be the central administration building of the Kaliningrad Oblast. The building is situated to the east of the former castle, near the former castle moat. Placing the heavy concrete structure on top of the ruins resulted in structural problems, not to mention that the castle itself was built on marshy soil. The foundations proved to be inadequate to support the original 28-story plan and only 21 stories were completed. Continuation of development was stopped in 1985 after the regional Party Committee lost interest in the project and ran out of funding. In 1992 there was an attempt to finish the construction with Danish funding but it was abandoned. The building was left unfinished for many years.

In 2005, for Kaliningrad's 60th and Königsberg's 750th anniversary, also marked by visit by Russian President Vladimir Putin, the exterior was painted light blue and windows were installed. The new color diminished the sense of brooding mass, but some criticized this update as a modern Potemkin façade. The interior remained unfinished and unusable.

A German consultant recommended tearing down the entire structure and building anew as cheaper and safer than attempting to repair and finish the existing shell. While some consider the building to be one on the worst examples of post-war Soviet architecture, the House of Soviets was seen by others as a good example of Brutalist architecture, particularly before its pastel paint job. 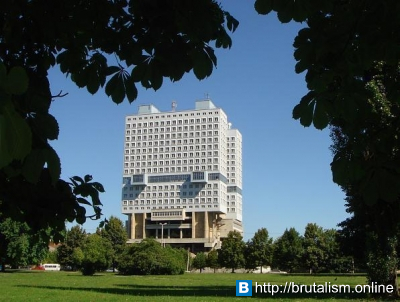 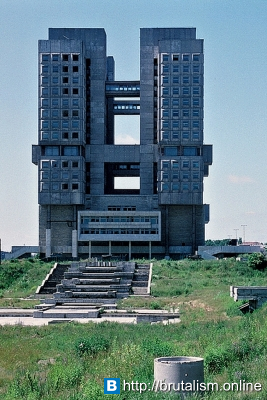 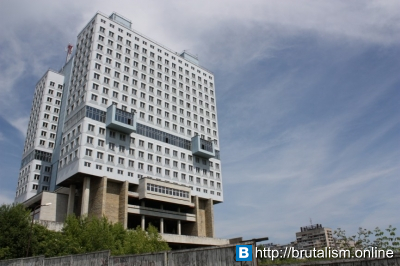 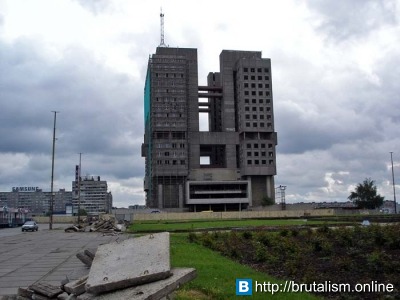 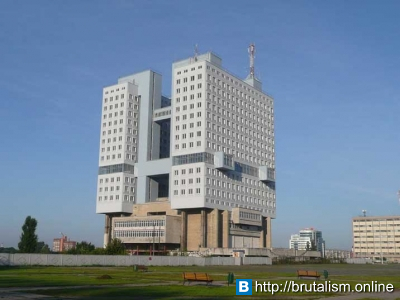