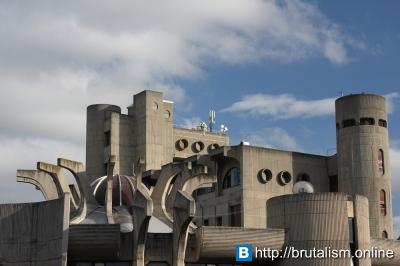 The unique combination of the terrible 1963 earthquake and Yugoslav social planning created an environment in Skopje for some extraordinary building projects from the mid-1960s onwards.  Among the many mind-boggling examples of modern architecture in the city, arguably the most astonishing is the central post office.

Built in three stages in 1974, 1982 and 1989, by far the most interesting are the first two, both the work of the Macedonian architect Janko Konstantinov. Born in Bitola in 1926, Konstantinov gained his credentials working on projects in Finland (where he worked with the legendary Finnish architect Alvar Aalto), Sweden and the USA. Immediately after the tragic events of 1963, Konstantinov returned to Skopje to help rebuild the city.

In 1974 the first phase of the new post office building was complete, with the opening of the block and tower, inspired by the towers of the fortress across the river.  In 1982 the circular section was completed; in our opinion this is the most striking and tantalisingly Brutalist part of the complex, described by some as an "insect with legs in the air" and by others as a "Brutalist lotus flower" - the latter is even reasoned to be a nod to Kenzō Tange, the Japanese architect known for his prolific involvement in the post-war reconstruction of Tokyo and the regeneration of earthquake-torn Skopje. 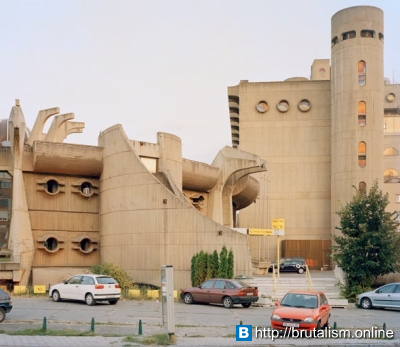 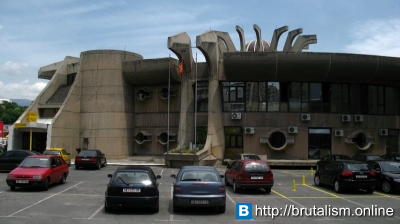 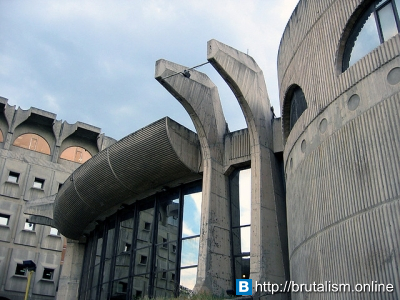 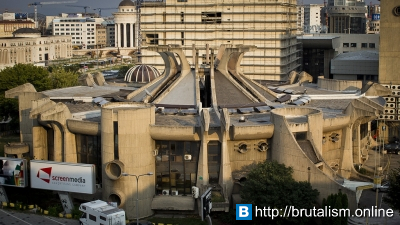 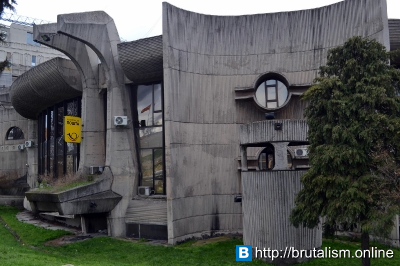 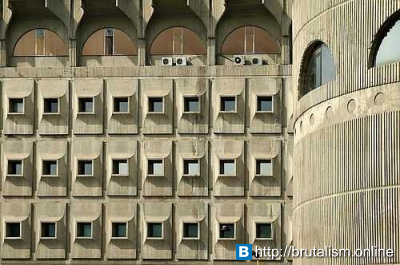 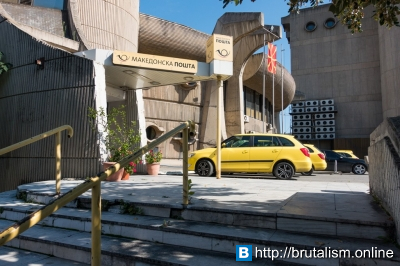 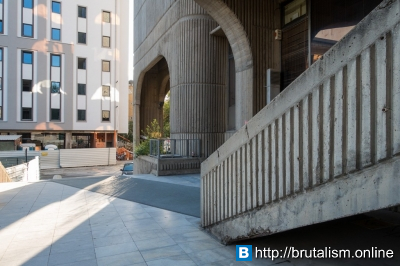 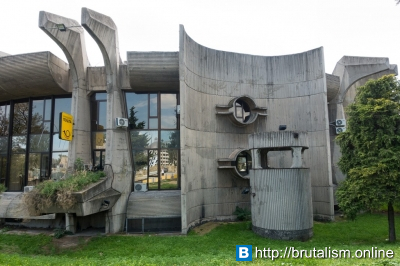 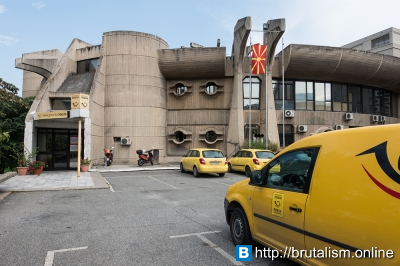 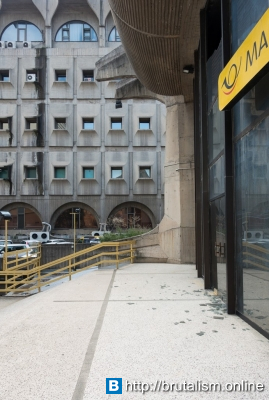 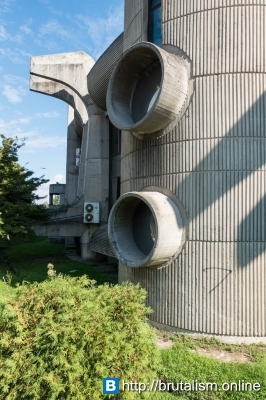