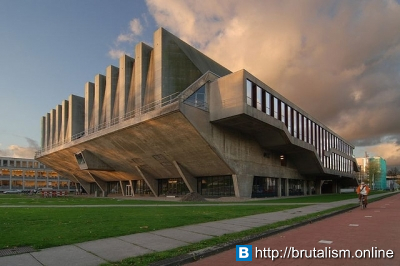 The Aula of the Technical University in Delft located on the north side of the campus was built from 1959 to 1966 by the Dutch practice Van den Broek & Bakema. The building houses an auditorium with 1300 seats, four trapezoid lecture halls with 250 to 350 seats, the senate hall and the university cafeteria. The auditorium is connected via a walkway to the Physics Department. In an earlier draft, the project from 1958 the project included an administrative tower which was not realised.

The auditorium looms above the main entrance. The hall is shaped like a saucer (hence the building's nickname "the UFO") and is supported by triangular concrete columns. The lecture halls at the rear are supported by a similar construction. To support the 15 metre overhang prestressed concrete had to be used. The ends of the prestressing cables are left exposed. The building has a collapsed roof. Steel frames were used for the exterior walls.

Besides the auditorium Van den Broek and Bakema also designed the campus' boiler house and thee Faculty of Civil Engineering and Architecture. The cafeteria on the ground floor was refurbished in 1998/99 according to a design by Mecanoo. 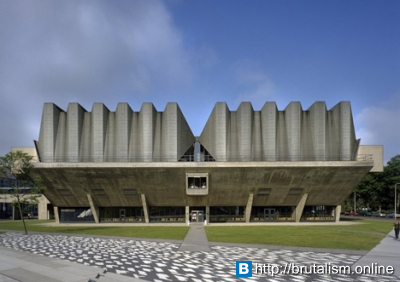 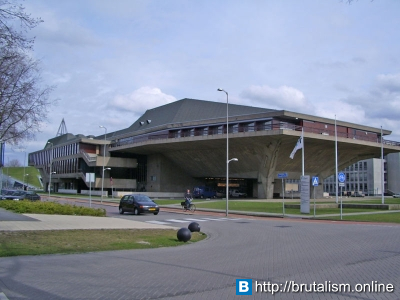 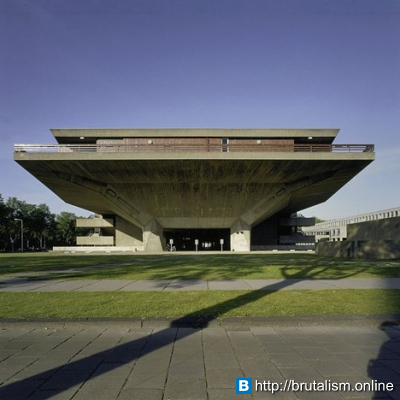 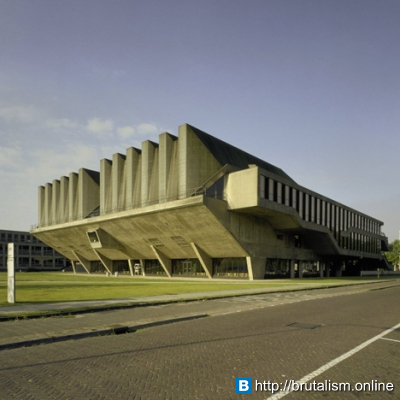