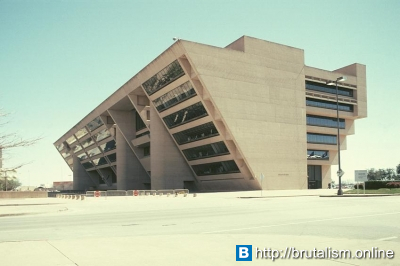 I.M. Pei’s inverted pyramid design is a result of space requirements from city government. Public areas and citizen services required much less space than offices that ran the government and overhanging the upper floors allowed them to be larger than the public spaces below. The building slopes at a 34° angle, with each of the 7 above-grade floors being 9½ feet wider than the one below. This inclined façade interacts with the buildings it faces downtown and provides protection from the weather and Texas sun.

The foundation and basement levels are considerably wider than the apparent footprint of the structure, extending out beneath the inclined façade. The cantilevered roof is 200 feet (61 meters) wide, the ground floor is 126 feet (38.4 meters) wide, and the basement 230 feet (70.1 meters) wide. When Mayor Jonsson reacted to the apparent top-heaviness of the building's shape, 3 cylindrical pillars that appear the hold up the structure were created. These contain stairwells that had originally been concealed within the design. These pillars only provide visual support and do not bear the load of the building.

Pei also persuaded the city to acquire an additional 6 acres in front of the building as a plaza and buffer zone for his grand public structure. A 1,325 car parking garage was built beneath the plaza, and the extra income helped supplement the funding of the building.

A buff-colored concrete was chosen for the main building material; its colour resembled local earth tones. Since concrete was both the primary structural and finish material, close attention was paid to every aspect of its mix and placement.

The building features in the Robocop movies of the 1980s, as the Headquarters of the OCP company; special effects were employed to make the building appear taller than it is.

Dallas City Hall contained 1,400 workstations when it opened in 1978. It had few floor-to-ceiling walls, using instead five-, six-, and seven-foot-high partitions to create separate offices. The absence of walls allowed employees and visitors to have window views from all areas.

The second floor of Dallas City Hall is referred to as the Great Court because of its 250-foot (76 m) length and the uninterrupted height to the vaulted ceiling approximately 100 feet (30 m) above.

A 16-foot (4.9 m)-high by 24-foot (7.3 m)-wide, three-piece sculpture titled "The Dallas Piece" was designed by Henry Moore for the plaza and resembles vertebrae.

A state-of-the-art Conference Center that includes a 156-seat auditorium and three conference rooms was recently added to Dallas City Hall.

A tunnel and station for future rail transit was constructed in the third level basement beneath the parking garage and Marilla Street. This tunnel has remained unused but has been considered for DART’s second light rail route through downtown Dallas. 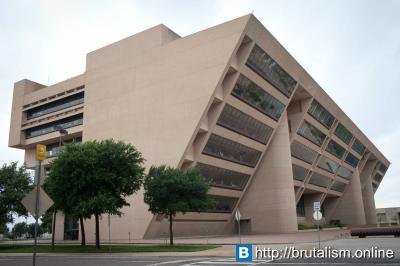 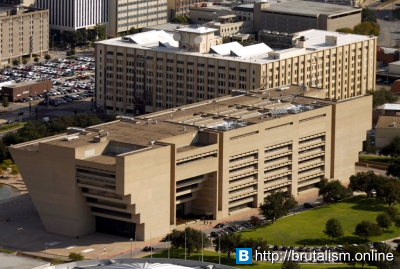 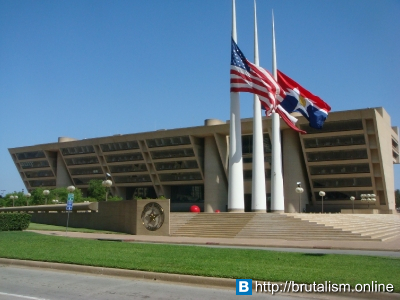 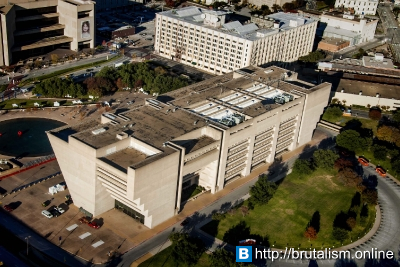 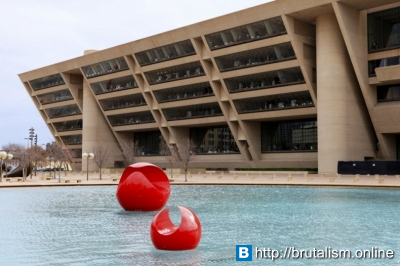 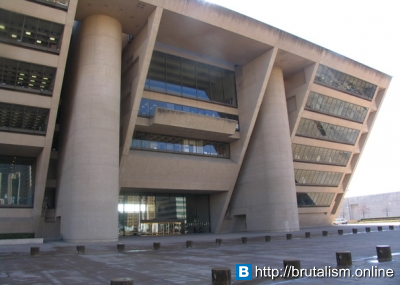 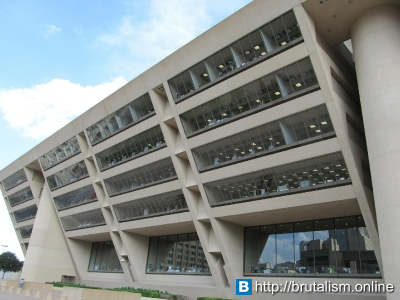